What to do in Singapore? Well the answer is long for this question as there is so much to do in this beautiful metropolis. The several religions and nations that live in the area of Singapore make you being sure of one thing: there are festivals all year long and there is always something to do in this busy metropolis. First, there are several sorts of great tourist programs, which you can just not miss! Let us see what to do in Singapore according to your taste. What to do…

Marine Life Park, which is located in Singapore in the resort island of Sentosa, is set to be the largest oceanarium in the world. The Marine Life Park, which took about three years and cost around $7 billion dollars to be built, is planned to be opened in December 7, 2012 and it will become one of the main attractions at Resorts World Sentosa (RWS). Marine Life Park has eight hectare wide that contains about 700,000 kinds of aquatic creature with a total of 20,000,000 gallons of water. The park…

Do you feel stress out due to your hectic schedule? Take out some time to relax yourself and have a holiday. Holiday is important to recharge your spirit, even if you only take 2 days of holiday, it will be benefit to avoid stress for a while. Take your children with you on holiday too and you will have a great time. In finding a holiday place that is suitable both for you and your children is not hard. Jurong Reptile Park is the best decision. It is the largest…

River Safari is a river-themed zoo in Singapore. It is built on 12 hectares area and located between the Singapore Zoo and the Night Safari. At the beginning, River Safari was planned to be built at a cost of $140 million and targeted to attract about 750,000 visitors annually. However, since it was built in 2009, the budget has been increased by $40 million and the target of visitors increased to 820,000. The River Safari is scheduled to be opened in between the end of 2012 and the first quarter…

Sentosa Island, also called Sentosa Theme Park is a theme park in itself containing so many different sites and attractions that it can by all accounts be called Sentosa Theme Park. When you get here, you will see that it is not enough to spend a day here, not even a week would be enough to explore all what it has to offer. Already getting to Sentosa is a real adventure if you choose to go with the cable car that goes to the island from the World Trade Centre…

The Singapore Zoo is a very special zoo, not just an ordinary one you can find anywhere in the world. This beautiful Zoo is aiming the animals’ wellbeing and this way their land of living is a lot bigger than in any zoo and even, several harmless species can go around freely in the territory of Singapore Zoo. This wonderful place is a must-see for all families and animal fans. If you are from the adventurous type, you should not miss the famous Night Safari tour of the Singapore Zoo:…

Long to feel the slippery of stingrays and other fish? Want to swim with some friendly dolphins? Singapore Underwater World is the best choice you can make. Underwater World enables you to get fun and learning all in one stop. Bring your family to swim with the beautiful pink dolphins at Dolphin Lagoon because you can learn many things about these intelligent Indo-Pacific Humpbacked mammals in 60 minutes. This well taken care dolphins will satisfy your lust on understanding the husbandry behavior and the other life aspects of sea mammals.…

For those who want to find different holiday experience in Singapore, they must try this one. Not about shopping or visiting the entertainment places. It is about playing, sliding and cooling down from hot weather in Singapore. From toddlers, teenagers, and adults must be like this exciting experience. Hot weather in Singapore must make people want to play in water and kids must be like to play with water and slides. It is not about swimming in a pool, but this one is more than that. Water theme park is…

Forest Adventure, as its name, is an outdoor recreational theme park which offers a lot of outdoor challenges and team-building activities. However, this Forest Adventure is a bit different from other recreational theme park that have many mechanical rides and machines and the visitors only have to sit or stay still while the rides do the work. In this theme park, the visitors are fully involved in the games and their ability might play much to the outcome of the game. Forest Adventure, which is located in Bedok Reservoir Park…

If you are an animal lover who has more leisure time in the evening than in the morning, Night Safari is the right choice to spend the time with your friends or your family. Night Safari Singapore which is located in 80 Mandai Lake Road Singapore provides more than 1000 animals to give you not only an excitement but also high quality education on the life of nocturnal animals. You can stop wondering what animals do at night and, instead, share to your friends the adventurous night that you have…

Be free as a bird in the largest birds’ park in the world, Jurong Bird Park. This is a world-famous bird zoo where there are specimens of magnificent bird live from around the world. It is currently the world’s largest bird park in terms of the number of birds, and the second largest both in number of bird species and land area. This tourist attraction is located in Jurong Hill and managed by Wildlife Reserves Singapore. It is a landscape park which has an area of 20.2-hectare hillside haven for…

Want to have a challenging amusing vacation with your children? Then, Sunway Lagoon Theme Park can be your best choice. Sunway Lagoon Theme Park is Malaysia’s premier theme park located in Bandar Sunway, Petaling Jaya, Malaysia. This is the best choice for your family to spend challenging time in five theme park sections which are spread in over 80 acres area. The five sections are Water Park, Amusement Park, Wildlife Park, Extreme Park and Scream Park. Water Park consists of Waters of Africa part, which is a water park with…

Holiday is approaching, and you have not decided your destination? Well, it will be a great loss if you cannot prepare and manage your holiday attentively. If you want to escape the boring routines by having quality time with your family, a theme park in a tropical country sounds like a great idea. Located in a great position as one of the most favorite destinations in South East Asia, the area in which sun is not a luxury thing to wait, Malaysia should be in the top list of your…

Nowadays, we cannot predict the weather. Sometimes it is rainy all day and suddenly it is extremly hot. You maybe feel want to escape from this hot weather but you do not know where to go. There is a really fun place where you can experience a cold weather indoor. The place is Snow City. It is located in 21 Jurong Town Hall Road, Singapore. It is an indoor theme park with snowy setting with even a temperature of the real winter. This place is a good choice for you…

Having holiday in an island must be an interesting story to share. The island has complete facilities, hotels, attractions, game centers; everything that people need to have fun is in one island. Resort World Sentosa can be the best choice for people to have a holiday in Singapore. It is the biggest integrated resort on the island of Sentosa, the southern coast of Singapore. Resort World Sentosa occupies over 49 hectares of land with many attractions, theme park, casino, hotels, celebrity chef restaurants, and many cool places to hang out.…

Who does not know Lego? It is a famous construction toys manufactured by Lego Group. This toy has been introduced for children since 1949 and becomes one of popular children toys nowadays. Furthermore, Lego Group tries to bring this toy alive by setting up a theme park for children named Legoland. Even so, Legoland is not wholly owned by Lego Group rather owned by a British theme park company, Merlin Entertainment. However, it does not reduce the essential purpose of this theme park to be an incredible recreational park for…

Everyone loves to have fun with friends and family. Watching movies, going to the City Park or mall, or having some nice meals with family can be said as fun, but it will be more fun to spend the times in a water park. Having fun in a water park can be the best option to feel relax and fun with people we love. Children will undoubtedly prefer to go to a water park rather than to an ordinary swimming pool. Singapore, as a tropical country with the temperature that…

Adrenalin rush is the best words for this theme park. For those who want an adventure filled visit, MegaZip Adventure Park is the perfect place for them and the perfect way to spend a day in Singapore, enjoying spectacular views across the coastline from Imbiah Hilltops. It is located at the top of Mount Imbiah and this adventure park is Singapore’s first adventure park with one of the longest and steepest zip wires in Asia, a 12 m high ropes course, a free-fall parachute simulator and a challenging climbing wall.…

Built on the Jurong Hill, this unique and beautiful Jurong Bird Park is one of the biggest sensations of Singapore, among the most popular attractions for everyone, though mainly children and families. Let us see what Jurong Bird Park is all about and all the sensations that we can get to see there. Brazilian “brother” inspired the making of Jurong Bird Park where the first of bird parks in the world has opened. Today, Jurong Bird Park has an amazing collection of all sorts of birds and the 50-acre area…

ZoneX is a Singaporean computer and other virtual, semi- or non-virtual games provider having currently nine ZoneX game zones all around the city. As in most Asian cities, young people also in Singapore are crazy for all sorts of computer, virtual or non-virtual games. ZoneX puts high emphasis to get always the newest fantastic games, which mainly come from Japan. Hereby we will tell you about the games delivered by ZoneX Game zones and their specialties. We will also let you know where to find ZoneX game zones within the… 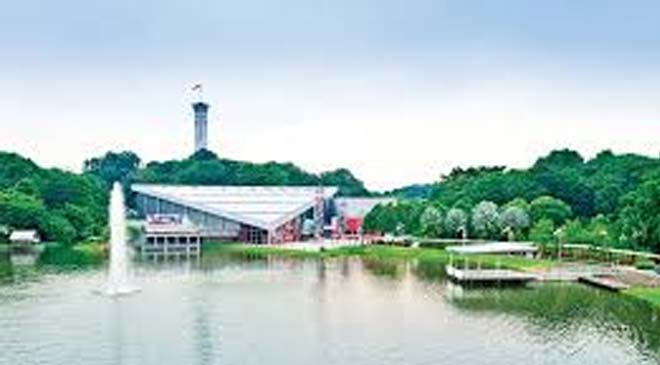 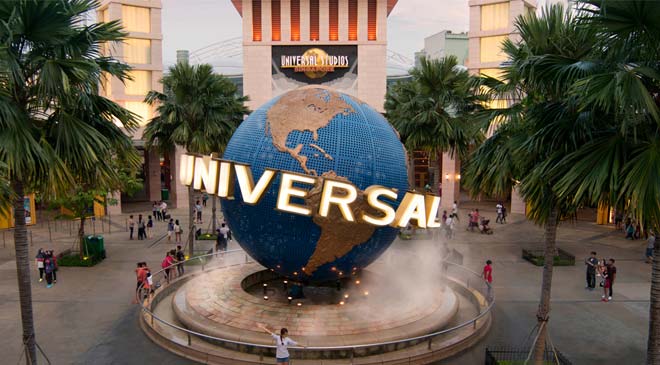